If I told you that people were farming and growing fresh greens in a shipping container behind Temple Meads, you would probably think I was kidding. But that’s exactly what Pete and Dermot from Grow Bristol are doing with their aquaponics set up, and before I know it, I find myself sat in their office on a grey Wednesday morning, cradling a cup of coffee and talking about how they ended up here… 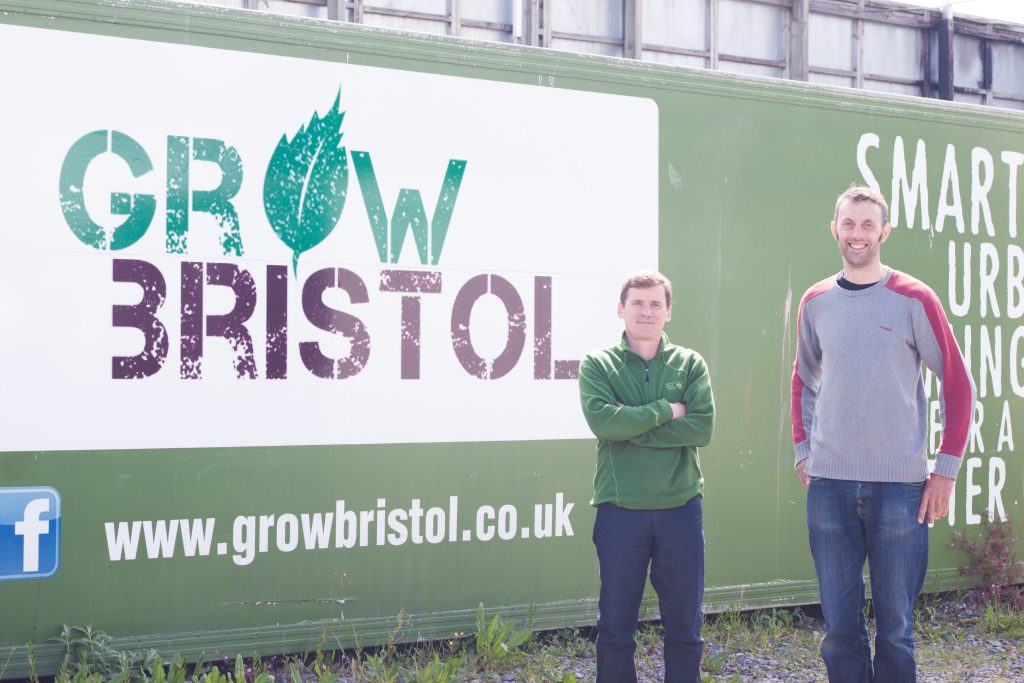 “We wanted to get into producing food for the city, and we were just looking at different options,” Pete starts. They began by growing edible plant starts in Pete’s Dad’s polytunnel out in the Mendips, but as Dermot points out; “We thought it was alright, but it wasn’t going to blow the world away.” Pete continues; “Then we saw some of the things going on round the world with regards to indoor vertical farming and hydroponics!” So they bought a shipping container, and started messing around with hydroponics and aquaponics. “We got social enterprise start up money from a few places,” Dermot explains, “Then some funding that got us a design for an optimised system in a shipping container. Then we had to get water, electricity, get another shipping container, move the containers, get an office, and start to build the thing. We’ve moved from a grant model, to a loan model, to an income generation model.”

A lot of work has gone into getting them to where they are today. “It’s taken us a year to get here,” Demot points out. “To do the site up and get the system in, build the system and trial loads of crops. Now we’re at the point where we’ve got hydroponic produce. We’ve got our three first roots to market; restaurants and chefs, in-store retail, and online retail. It’s good for us to trial these different routes as we increase production and see how the market responds.” At the moment, they’re selling punnets of micro leek, micro coriander and spicy micro radish mix, plus pea and sunflower shoots, along with trays of wheatgrass for juicing. Using different combinations of these crops, they also make a couple of different salad mixes, using the shoots as a base. 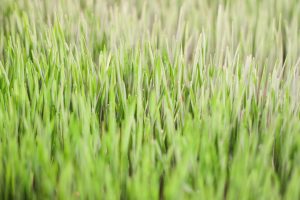 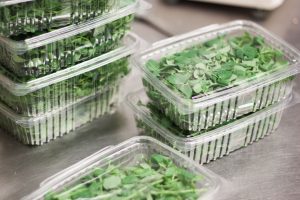 Dermot takes me on a tour of their shipping containers, parked on an unassuming gravelled plot. We begin in the growing space where racks of microgreens and shoots await. The purplish tinge that illuminates the room comes from the special lights; “They’re state of the art Philips LEDs offering the pink and the blue parts of the spectrum as that’s what plants use mostly at this stage,” Demot explains. “The lights are highly efficient, and we’re run on 100% renewables from Good Energy, but it’d be nice if we could somehow capture the renewables ourselves.” The sturdy looking shelves are industry standard Dutch benches, and allow a flood and drain watering system. “We grow on this wool based recycled matting, and it holds the water quite well,” Dermot tells me, lifting a corner to show me. “This kind of system uses 95% less water, so compared to conventional agriculture, saving water is one of the main benefits of this system.” 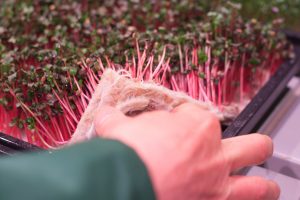 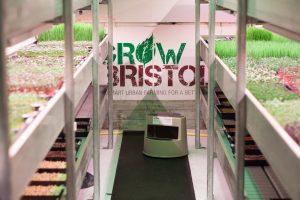 He introduces me to their juvenile tilapia who are currently swimming around in a nursery tank. Tilapia are one of the most eaten fish in the world, a tasty white fish, and in six months these should be plate sized. “There’s a growing demand for fish,” Dermot points out. “Tilapia is good because it grows quickly, it’s quite hardy and has a very good feed to flesh ratio, so it’s very good at converting its food very efficiently.” The other advantage is that they’re omnivorous so they can be fed on all kinds of things, including by products from other food processes such as spent grain from brewing.

They’re just setting up their aquaculture area at the moment, and working out the plumbing of the vast tanks. The water from the fish tank will be pumped through a mechanical filter which takes out the solids, then into a biological filter, which is the exciting part. The microorganisms in the filter are ammonia loving bacteria, which convert the ammonia into nitrates, which then becomes plant food and removes the need for added nutrients. Suddenly the only inputs to their whole system are energy and fish food (which they are looking at sourcing or producing sustainably). 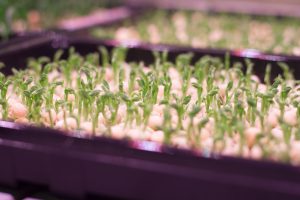 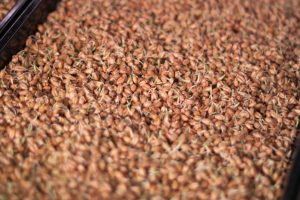 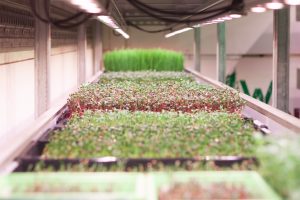 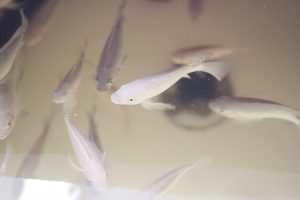 As we walk back to the office, we talk about the other aspect of their project. Alongside their food production, they also have strong social aims regarding engagement and education. They’ve already had visits from schools and groups of young people, hosted open days, are part of the urban food trail, and they’re hoping to do many more over the coming months. I ask Dermot about our future plans. “We want to scale up into a much bigger system and sell much more stuff,” he explains, “But also keep this model going in one or more places; take over some derelict land or the back of a school as it creates the space for all this other stuff.” He pauses, looking at their shipping containers and the set up they’ve created. “If we just scale up, we might lose that.”

@ediblebristol are a community based organisation

1 in 8 households in Hartcliffe experience severe